We’ve got an exciting event going on over at our Primrose Facebook page – a prize draw for this lovely and unique Easter Island statue water feature!

To enter, just visit our Facebook page and follow the instructions. Hurry, the competition closes on Friday the 13th of April!

Just what is an Easter Island Head, though? The statues on Easter Island are known as Moai and have been standing on the island for over 500 years. The statues are made of tuff, a type of volcanic rock, and the largest statue weighs 86 tonnes! Of the 887 statues known, a number have been transported off the island, including two on display the UK – one at the British Museum in London, and the other at the World Museum in Liverpool. 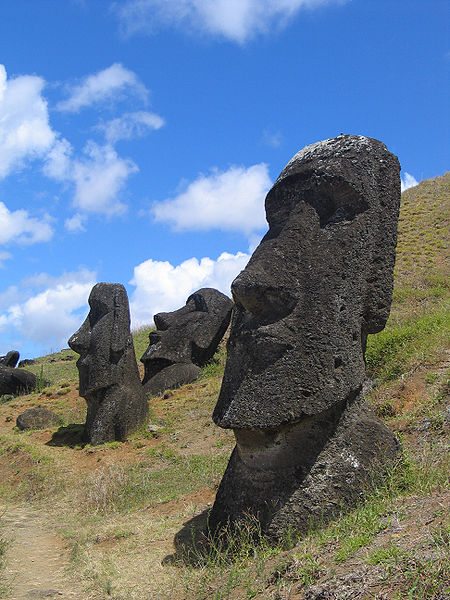 The statues sit on the island of Rapa Nui, known as Easter Island in English – so called because it was discovered by a Dutch explorer on Easter Sunday, 1722.

Now that you know a little bit about Easter Island and its statues, enter in our Easter competition to win one of your own! The competition is open to UK residents over 18, and it ends at noon on Friday, 13th April 2012.

Previous: Primrose Loves Pinterest!
Next: Hiring help in the garden the 4th