A video has surfaced on social media, reminding us of our great fear of spiders (scroll down to see it – it’s a great watch). In late summer/ autumn, there is an abundance of our eight legged friends, who seem to appear from nowhere.  For the majority of us, these cause minor heart attacks, and we do anything to rid of them. Thankfully there are various ways to rid of spiders, so fear not. Also, if you’re reading this and you’re in the UK, the chances of you seeing a poisonous spider are very, very low so please don’t worry.

Electronic Repeller – a modern way to repel spiders, electronic repellers work through simply plugging the device in a plug socket and emitting sound waves to deter spiders. The ultrasonic wave frequencies (which are distributed per room) are uncomfortable for spiders, but inaudible to humans, children and pets. Electromagnetic wave devices operate throughout the whole house via the wiring of your house (but electric devices aren’t affected).

Hand held catchers – coming in the form of a hoover or a brush, hand held catchers are a humane, simple method to manually remove spiders you see hiding in the corners of your room or underneath furniture. Depending on which device you use, you simply extend the catcher arm, catch the spider and then release it elsewhere (say at the very back of your garden). 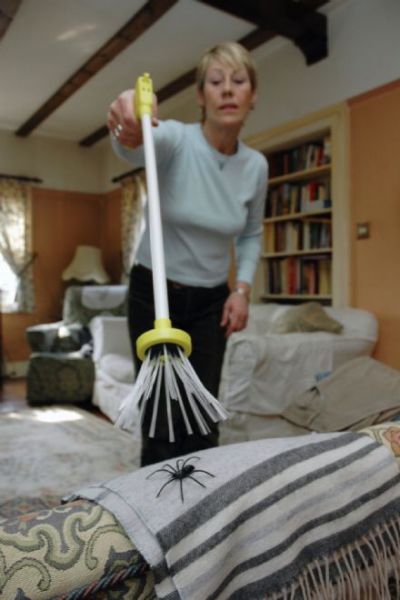 Sprays – used as a preventative method, sprays are an effective and humane way to form a natural barrier to prevent spiders from arriving in the first place. Ideally you should spray where you think a cobweb will form ie window frames or doorways. 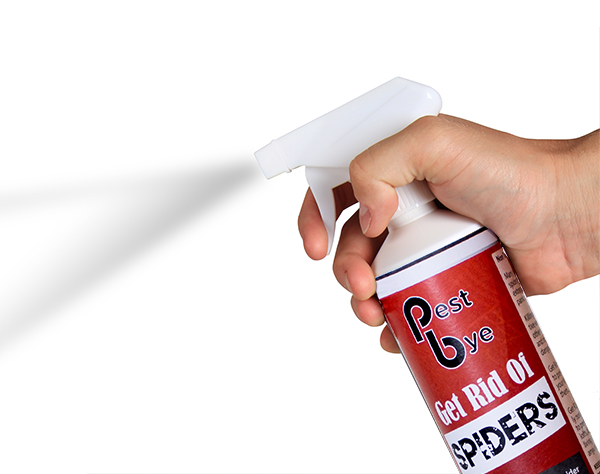 Webs – similar to sprays, removing the source of the issue is a good preventative method. By removing the spider’s home, they will be forced to locate elsewhere (and yes this might mean elsewhere in your house if you’re really unlucky). If you notice a web with a spider on it, wear gloves and place both the web and the spider in the garden if you’re feeling brave. Homemade – although one of the most common ways to rid of a spider you see, it can be a challenge for those with a huge fear of arachnids. You will need a piece of paper and a glass for this homemade method.  Simply place a glass or cup over the spider, slip the piece of paper under the glass (ensuring the spider doesn’t escape) and carry until you reach somewhere far, far away from your house (or the back of your garden maybe).

Let us know how you plan to rid of creepy crawlies from your house!

Previous: How to Teach Children to Garden
Next: Can You Put Mirrors Outside?