This year’s RHS Chelsea Flower Show is taking place, for the first time ever, in September. It means  a different line up of plants, different themes to explore, and most of all it means people can attend in greater numbers than if it had been last year or earlier in this one. Score one for vaccine programmes.

Overarching themes to expect cover the sacrifice and efforts of healthcare workers across the UK and the world, bringing in foreign landscape ideas to make up for missing travel, and the autumnal colours that September brings. There’s also a couple of new garden categories to reflect the smaller spaces you find in some modern gardens: Balconies and Containers.

We’re going to explore some of this year’s gardens to help you shop the look for the RHS Chelsea Flower Show 2021, so you can recreate some of their themes  in your own little corner of Eden.

60° East – A Garden Between Continents 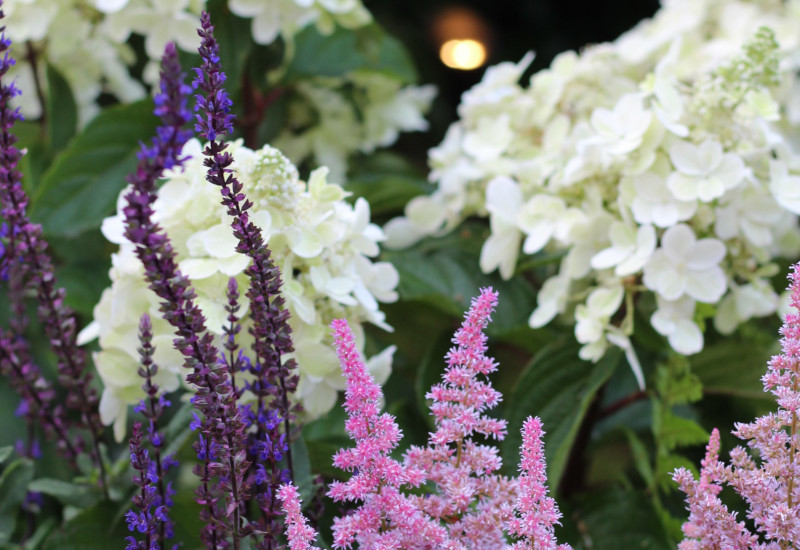 A flower and plant paradise (as many RHS Chelsea show gardens are),  60° East is a blend of Eastern and Western plants designed to evoke mountain landscapes, running rivers and deep forests.

A field maple hedge makes for a European border, while pines with achilleas and Alchemilla bring in an alpine, mountainous air. Put some willow (either tree or hurdles) and further pine around a river-like water feature to capture an essence of the Urals too. Water features feature in a lot of these gardens, so get a pond or fountain and you’re halfway to Chelsea already! 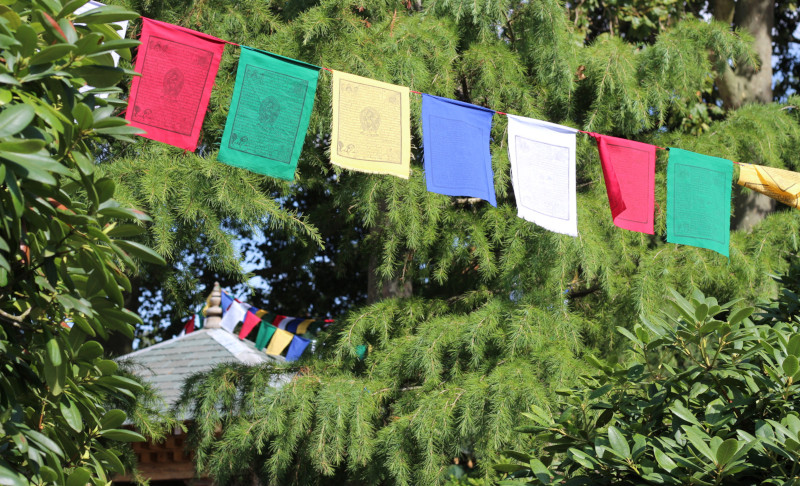 Mountains feature heavily in this year’s gardens, none more so than in The Trailfinders’ 50th Anniversary Garden. Every plant here grows naturally over a mile above sea level, so get any of these plants and you can picture sprawling range vistas and a Himalayan sherpa in the distance.

Start by getting your hands on some Tibetan prayer flags (pictured), an ever-present element of Himalayan-inspired design. Then, put a wooden gazebo (hiding in the back of the picture) in amongst some rhododendrons, colocasias (or similar looking alocasias), persicaria and actaea. Mountains are optional, but a few well-placed rocks should do the trick.

A celebration of modern day nursing named after its famous founder, The Florence Nightingale Garden features a ‘nurture through nature’ theme with a shading pergola covering, plants all around and the calming sounds of running water.

Imitate some of the look yourself with your very own pergola, some perennials and bulbs, and some kind of water feature – perhaps a nature-filled pond of your own? Above all, try to be as natural as possible – wood and stone should be your materials of choice.

The trees of Guangzhou and reflections of Canton Tower

Inspired by landscapers and planners of the city and region, the Guangzhou China: Guangzhou Garden includes woodland, water and sheltered areas for people and wildlife to come together. Greens dominate the space along with soft pastel hues, all coming together to provide another calming garden – and look out for structures reminiscent of Canton Tower.

Water plays a key feature of this garden, though you’ll have to get digging and lining if you’d like a feature as large as this one – as well as a bridge or two.  Artfully place and space some trees like field maple and birch, include sedge and ferns to accentuate your grass, then top it off with your choice of cool perennials. And a sculpture or two.

The Calm of Bangkok 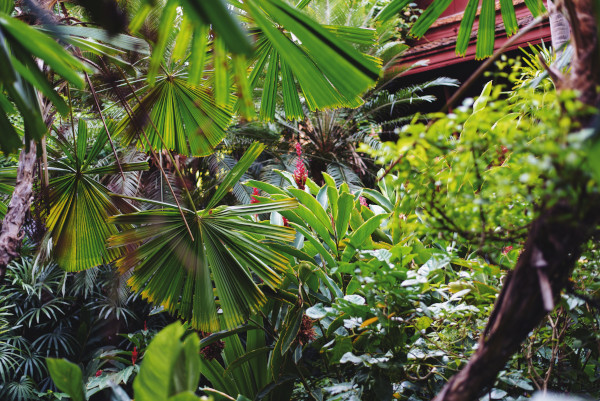 A city, even a country of two halves, The Calm of Bangkok garden aims to bring the two halves of Bangkok and Thailand together through fiery tropical plants and stress-free put-your-feet-up shelter. It’s a sanctuary garden, so look to find a moment or two of piece within or nearby – possibly coupled with coffee or cake.

Aside from the unmissable hammock and shelter, adorn your garden with a mix of camellias, acanthus, common beech and the spiky-fuzzy flowers of actaea simplex. Try to mix reds, whites and greens to get that cross between the calm and frenetic, then lie back on your hammock and enjoy!